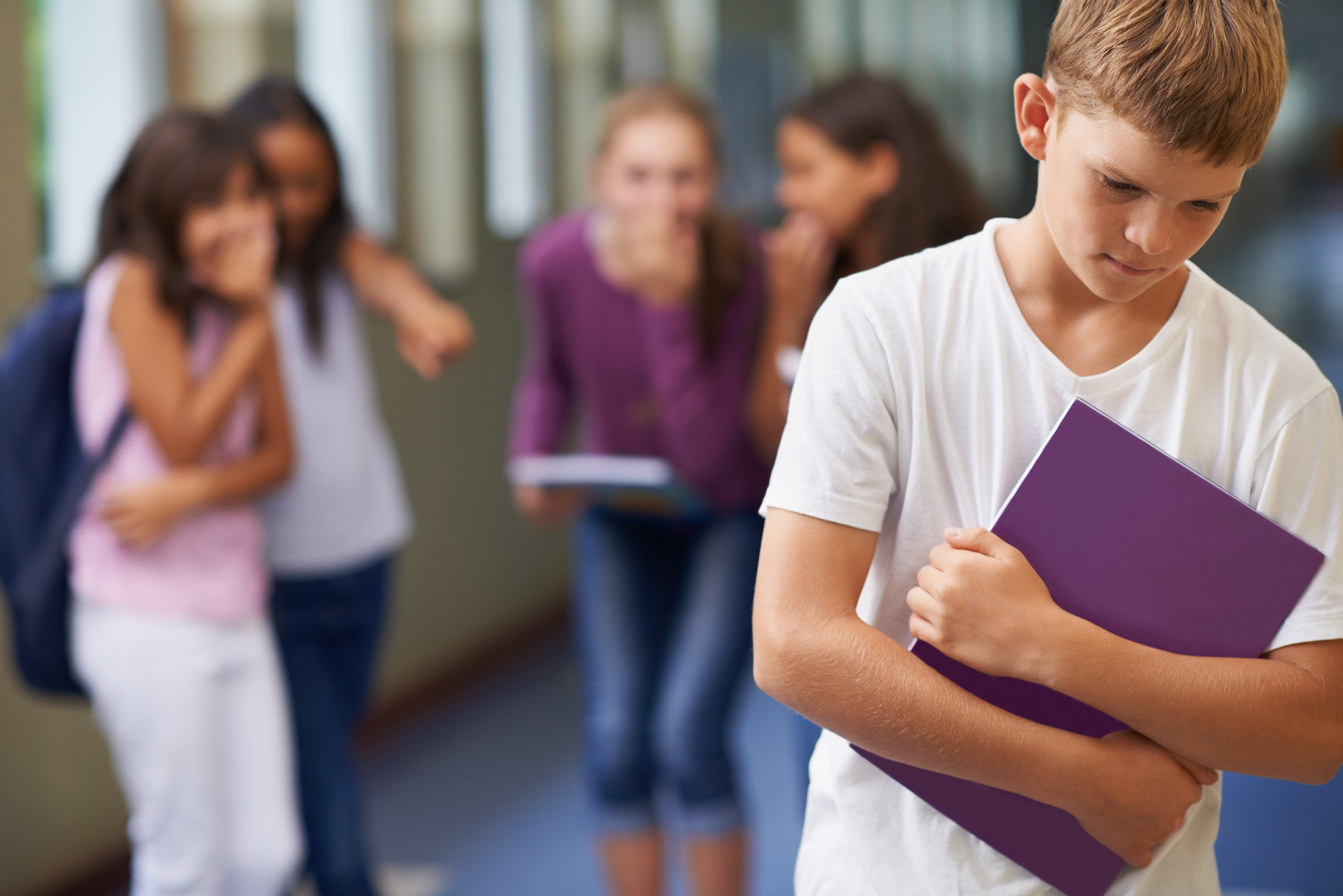 Helloooo out there! My name is Breeanna DeGrove, I’m 11 years old in the 6th grade at James Weldon Johnson College Preparatory School and I’m pretty new and quite nervous about this new adventure.  Mostly I’m excited to get a chance to share my story. My story is quite different and still developing, but I’m predicting a happy, happy girl as the main character!  I’m sad to say that I haven’t always been so happy; I had been bullied for several years.  To help other kids, and their bullies find healthier ways to handle this terrible behavior, I started a club at my elementary school called, Bully Busters.

I had been bullied for a long time. I didn’t tell my mom or my teachers.  I just tried to fix it myself.  I thought it would get better and eventually they would all like me.  It wasn’t just the mean words they would say or the physical things they would do, but being left out, to sit alone at lunch every day or not be included in group projects in school was especially hard.   I would try so hard to get them to like me, but no one wanted to be my friend.  Even when they did want to be my friend, the main bully would take it out on them.  They were scared of him, and didn’t want him to treat them that way, so they did whatever he said.  I would cry…a lot.  And that didn’t help anything.  But I was very sad and didn’t know what to do.

The club first came as an idea to me as I was sitting across the bench from the main bully in my life.  We had both gotten in trouble.  He got in trouble for hitting me; I got in trouble for talking to him in the first place.  While our teacher was talking to another teacher, he told me that he was sorry for being so mean to me.  He was going through some things at home, some very sad things, and he just picked on me because I cried and it made him feel better.  He said he knew better, he wanted to be better, but that he couldn’t help himself. I decided there had to be a better way, and that’s how I came up with the idea of the Bully Buster club. 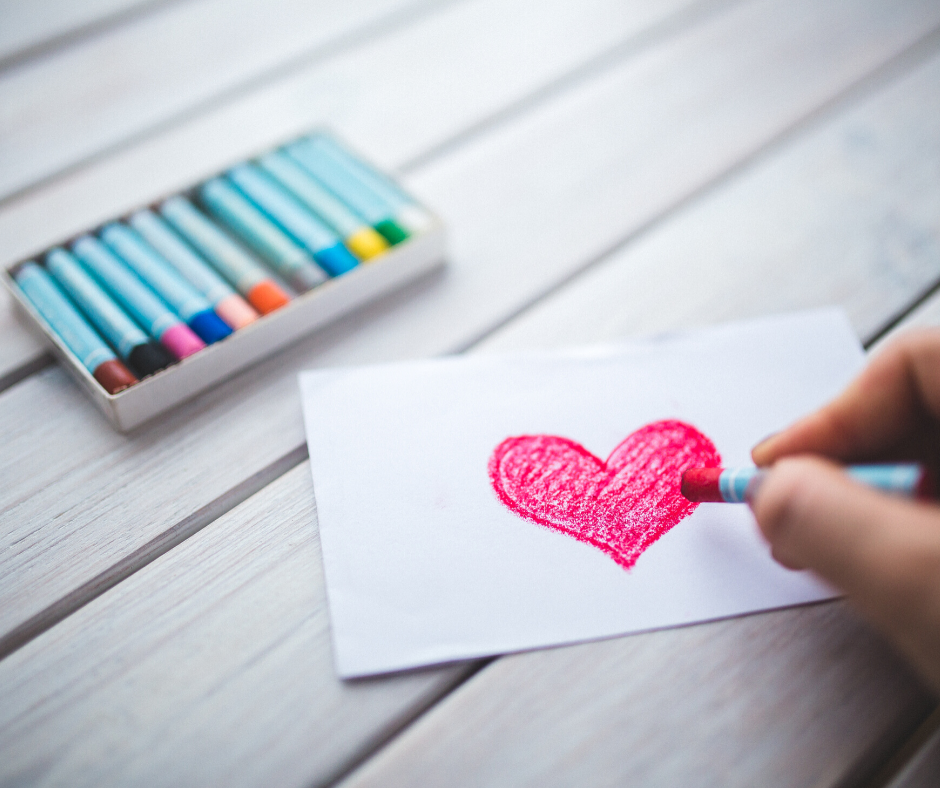 I began writing letters to my principal asking her for help in starting the club.  Unfortunately, I only signed them with my first name, and since my name is pretty popular, she had no idea which “Bree” was signing the letters. I mentioned to my mom that I had been writing the principal and I had not heard back, so my mom called the school.  The principal was so happy to figure out it was me, and she immediately set up some time with me to talk about a plan.  The school year was almost over, so we made an agreement to meet over the summer and work out what we wanted to do for the club.  My mom reached out to a local mental health organization that specialized in bullying prevention, and they said they would help us however they could!  By the time we met for the first time, I had a teacher sponsor and had all my ideas on paper and was ready to get started!  We were all very excited!   We made a plan to have a “Kick off” walk for the club.  We scheduled the walk for the second week of September.  We asked everyone to wear purple (my favorite color) and we had all the kids in grades 3-5 walk around the baseball fields, with music, prizes and a pledge the kids signed saying they would stand up to bullying.  There was SO much purple!!  Even the coach wore purple! To my surprise, the local media came out and it was on the front page of the local newspaper!  I was shocked!  After the walk, so many kids came up to me to say “Thank you”.  They too had been bullied and didn’t know what to do or how to handle it.  They felt like they weren’t alone.  That really stuck with me because I thought I was the ONLY one going through what I was dealing with.  It really made me wonder how many other kids were trying to get through this all alone.

The first meeting was only expected to be 10-20 kids, but 60 students showed up!!!! EVEN MY BULLY!!!! I was shocked at the number of kids who had been living with this in silence all this time.  We are just elementary school kids.  How does this happen?  We met monthly all through my 5th-grade year and the club grew each week. By the last meeting of the school year, about 85 kids were active members of the Bully Buster Club.  We would break out into groups; we talked about things that were going on; things either happening to us or we had observed; we answered questions and practiced how to handle these situations more effectively in the future.  We all learned useful tools to help us be better friends to each other.  And we had snacks!  It was a lot of fun!  We talked about how bullying can be verbal, cyber, or physical.  We also talked about how it affects not only the person who is getting bullied, but the bystander (the person who sees it happen) and the person who is the actual bully.  A lot of times, the bully is going through something really hard, and they don’t know how to deal with it, so they take it out on other people.  And the bystander is too afraid to speak up!  The club gave these kids a chance to work out what is going on with them, and how to approach things differently without hurting others.   It even spread to other schools in our city!  At least two other schools I know of started their own Bully Busters chapters!  I’m so excited that kids are helping other kids!

Even though I feel like bullying is still a big problem, I feel like maybe this club helped someone even just a little bit.  Don’t be like the countless kids around the US who choose a permanent solution to a temporary problem.  Just tell a teacher or an adult you can trust and everything WILL get better!  It takes time, I’m not going to make it seem like it’s an overnight fix.  You’re going to have really good days and then some bad days, but the good days will be really good and the bad days won’t be as bad as they used to be.

I’m in middle school now, and I still deal with some of these kinds of behaviors every day.  But I know how to handle it more effectively now, I think.  I’m actively trying to find a sponsor in my new school to carry on the club there because I think a lot of people can benefit from this opportunity to discuss how they feel.  I think it would be very helpful for all middle schoolers.  Being bullied or seeing someone else be bullied is never, ever ok.  You have to take action!

If you are being bullied, find someone to give you a hug, it’s going to be ok. Try to find someone to help you.  Don’t be afraid; find someone you trust that you can talk to.  Don’t do anything bad.  Don’t skip school, do drugs or any stuff that you think will help, I promise you it won’t.   It will all get better; this is just a quick snapshot of your life.  My mom told me about how she was bullied when she was a kid, they were all mean to her and didn’t like her. And now that she’s successful and happy, these same people want to be her friend on Facebook!  They are mean now, but one day they will figure out you’re something special and want to be YOUR friend.  You’re a nice person, don’t forget that.  Everyone has their little quirks, so what?  You could be a musical genius, but stink at math!  You could be an awesome artist, but stink at track!  Your quirks make you, YOU.  You’re YOUNIQUE.  Being YOU is one of the most beautiful things on this earth. There’s no one else like you, and that’s pretty awesome!

My 8-year-old brother wants me to tell you that if you cry in front of the bully, they will just keep doing it.  And, for once, he’s right.  Just walk away and act like they don’t bother you.  Rubber ducky! Whatever they say bounces off you and smacks them in the beak.  I know, I know, it sounds really easy.  And it was hard for me to do it too.  But you have to remember, you are amazing.  You might think you’re all alone, but you’re not!  You should not be bullied for being you.  Don’t let anyone put you down!

If you feel like you’re being bullied, listen to “Beautiful” by Christina Aguilera.  Listen to songs that make you feel special. Listen to them over and over and over until you believe the lyrics.  I’ll even lend you my favorite song, “Firework” by Katy Perry.   “You don’t have to feel like a wasted space, you’re original, cannot be replaced. If you only knew just what the future holds, after a hurricane, comes a rainbow.”  Sometimes it rains a long time, but it never rains forever.

Well, I think I’ve rambled on long enough.  I’m happy to hear from you!   This is my first try at anything like this, so I’m open to any suggestions you might have.  Hopefully, they will have me back.

Never forget that you’re never alone. I’ll be your friend; I’ll lend you my hand.  Together, we can stop bullying!