Human Trafficking is the second most profitable criminal activity in the U.S. today. Human trafficking is a form of modern-day slavery where people profit from the control and exploitation of others. As defined under U.S. federal law, victims of human trafficking include children involved in the sex trade, adults age 18 or over who are coerced or deceived into commercial sex acts, and anyone forced into different forms of “labor or services,” such as domestic workers held in a home, or farm-workers forced to labor against their will.

Trafficking happens more frequently than we know or would care to believe, and in our own communities —

Sex traffickers target children because of their vulnerability and innocence, as well as the market demand for young victims. Those at risk are not just high school students—studies show traffickers have been known to have victims as young as 12. Traffickers target minor victims online, on the street, or at large public places such as sporting events or shopping malls, or through friends or recruitment by other youth at schools and after-school programs, so no one is immune.

We urge you to learn more by viewing our resources and visiting our partner organizations:

PolarisProject.org
Polaris Project is a leading organization in the global ﬁght against human trafﬁcking and modern-day slavery. By successfully pushing for stronger federal and state laws, operating the National Human Trafﬁcking Resource Center hotline (1-888-373-7888), conducting trainings, and providing vital services to victims of trafﬁcking, Polaris Project creates long-term solutions that move our society closer to a world without slavery.

Love146.org
Love146 believes in helping grow the movement of abolition while providing effective, thoughtful solutions to the global problem of human trafficking.

NEST
National Educators to stop Trafficking is dedicated to empowering students who are equipped with the knowledge and skills needed to stand up against sex trafﬁcking and to create a culture that supports a world free of gender-based violence. 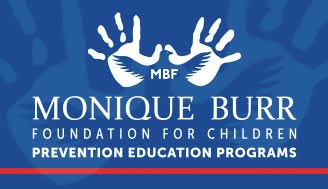